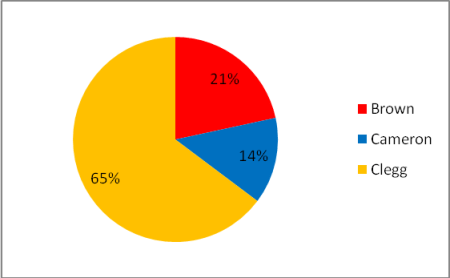 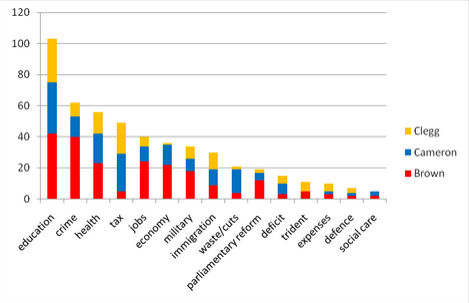 Tweets were broken down into a list of topics by identifying words or phrases which described the discussion subject, for example Trident, nuclear weapons, armed forces, military, and Eurofighter are assigned to defence. The tweets were then analyzed to find out who was saying positive things about each leader in relation to a specific topic.

This is an aggregation of all positive tweets about each leader with specific reference to any one of the topics. The same data is used for both Figure 2 and Figure 3. 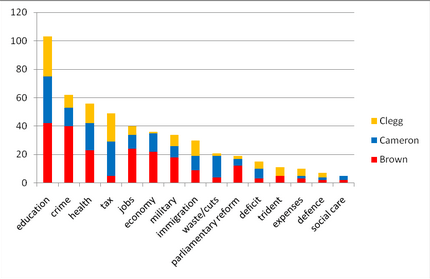 This analysis is based on the transcript and not the tweets. As before, topics are not just a mention of a word, but bring together words or phrases which have similar meaning. It shows how important a particular topic was to a leader based on how many thimes they mentioned it during the debate.