Healthcare Smoke and Mirrors: Can we Get Data to Tell the Real Story with NLP?

Until recently I kept hearing claims such as, “Vaping is so much better for you than smoking…” My response is “It’s just a matter of time before the data will let us know”. Turns out the data is starting to speak, and it doesn’t have a positive outlook on the matter. Vaping is really in its infancy, and research even more so. We are still discovering which additives are in which types of vaping cartridges. Let’s compare vaping to tobacco: the Cancer Council in Australia reports that tobacco has been grown in the Americas for nearly 8,000 years, and the first significant medical reports weren’t out until the 1950s and 1960s. Relatively speaking we are early to this arena. Fast forward to the present where we know cigarettes have over 4,000 chemicals, 70 of which are known carcinogens.

Is Vaping really an issue? What we know so far

Short answer is...it appears so yes. We don’t know what the long term effects will be or the extent of the chemicals that are involved in the damage but we do know the Center of Disease Control (CDC) is involved and concerned. For now, let’s go with what we do know... The CDC have found hydrogen cyanide is an additive in some vape cartridges. Heavy metal poisoning although rare is yet another danger. Then there is Vitamin E acetate. Sounds harmless enough- and in your diet the oil, when ingested (or in a skin cream) can be helpful in recommended quantities, as it is a powerful antioxidant. But remember these are your lungs- so the story is way more complicated. We all learned in our early science classes as children that oil and water don’t mix. Let’s think about what happens to the alveoli in your lungs when it is coated by oil- simply put, it makes oxygen exchange from the alveoli to the blood difficult if not impossible to happen. (Keep in mind that the liquid part of blood, plasma is primarily water.) Therefore, symptoms from vaping such as cough, shortness of breath and chest pain are not surprising, nor the rare diagnosis of lipoid pneumonia, which might be out of the rare disease category in the future. Especially since adolescents seem to be adopting this habit (as well as cigarettes) at an alarming rate. In a report, 21% of high school seniors reported vaping nicotine in the past 30 days, a number that has nearly doubled from 2017 to 2018.

No Judgement- the importance of understanding - and recording - patients’ habits

We all have habits, some are good and some are bad. I believe in gathering what is known so individuals know the risks and can make an informed decision on what they choose to do. For example- I can’t even count the amount of elderly patients who have told me- “Well if I would have known that this habit was so bad for me I would never have picked it up!”

But also we as clinicians need to realize the importance of capturing habits, as we are unsure at this point what healthcare effects could be related to this particular habit in your patients future. With data we can learn quicker- we don’t have to wait 50 years down the road to say that there is an association with vaping with x and y- if we capture that data within the patient timeline.

How can Artificial Intelligence and Natural Language Processing Help?

Faster identification of patients that vape is possible utilizing Augmented Intelligence (AI)/Natural Language Processing (NLP). You never know where within a patient record there could be a mention of vaping in the clinical narrative. It could be a one time mention many years prior. What happens if someone presents in the emergency department is unable to tell the staff that vaping was a big part of their story?

Or perhaps you are trying to identify patterns for patient vaping populations for research. Or patient safety nets is a top concern. With vigilance and informatic solutions - for example, analytical reporting techniques supported with robust data extracted by using NLP over a multitude of data sources - the patterns will form to provide a clearer picture. Both structured, and unstructured free text content are necessary for a clear depiction of what signs and symptoms can be related to this population.

The time is already here where we have learned that better outcomes rarely result with structured data alone. Identify the patients, recognize the signs and symptoms and don’t let this ‘epidemic’ out of even more control.

Incorporate AI/NLP into your population health analytics and patient healthcare delivery. Don't let this opportunity for improved vigilance just disappear in a cloud of smoke.

Read more about Population Health Analytics, or request a demo of our products.

Payers and NLP: Applications for 2022 and Beyond 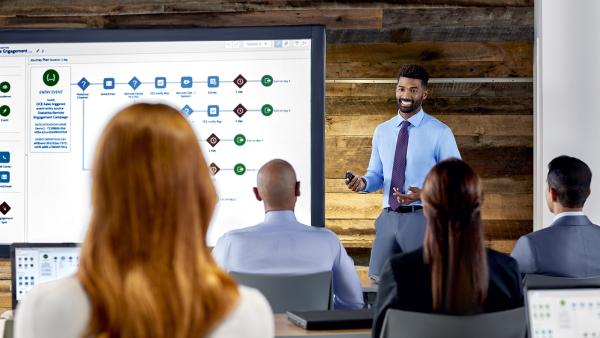